Mark Hayward's interest in photography began as a hobby in 1975 when he started collecting Jimi Hendrix photos. During the 1980s he was in charge of merchandising for The Simpsons TV show in the UK and the income he generated from that further fueled his passion for collecting images of his favorite artists. In 1989 Mark signed Charlie Watts (Drummer for The Rolling Stones) to a record deal with his Label (UFO) and Charlie subsequently recorded For One Charlie. Around the time he signed Charlie Watts to his record label he set out to start buying the rights to photos from photographers and estates with the goal of locating images that were more obscure and personal rather than the standard concert photography we see so much of.

The first negatives Mark purchased with copyright were four images of The Beatles that came up for sale at Christie's auctioneers in 1989. He paid a mere £200 for the negatives and not long he was able to license one of the images (for the same price) and at that point he knew he had made the right choice.

Over the course of the last 30 years, Mark (and his wife Colleen) have bought the rights to thousands upon thousands of images from auction houses and photographers primarily focusing on British artists from the 1960s-1980s. Some of the many unique items in the archive include photos of John & Yoko at the Hit factory in December 1980 two days before he was killed, a very young David Bowie playing saxophone in 1963 at a community dance, The Who in 1964 (When they were still called The High Numbers), Images of Freddie Mercury in 1969 and many other rare and unusual moments of England's greatest artists. In addition, Mark has released a number of his very unique photos of The Beatles & Rolling Stones in coffee table books and he still continues to purchase the rights to photos from all corners of the globe which are all available for licensing exclusively through the Reelin' In the Years Photo Archive.

In 2018 Mark approached Reelin' In The Years Productions to represent some incredibly rare home movie footage of The Beatles and other films he purchased as he was also buying photos and David Peck invited Mark & his family to meet him and the RITY team in San Diego. Upon meeting Mark, Colleen and his family David began to realize that merely just licensing footage was short-sighted and that with Mark's encouragement Reelin' In The Years expanded their business in January 2019 to include photos. Mark & Colleen Hayward's vast photo archive was their very first client!

To date Reelin In The Years has scanned over 5,000 images from their unique archive with many thousands more to go. 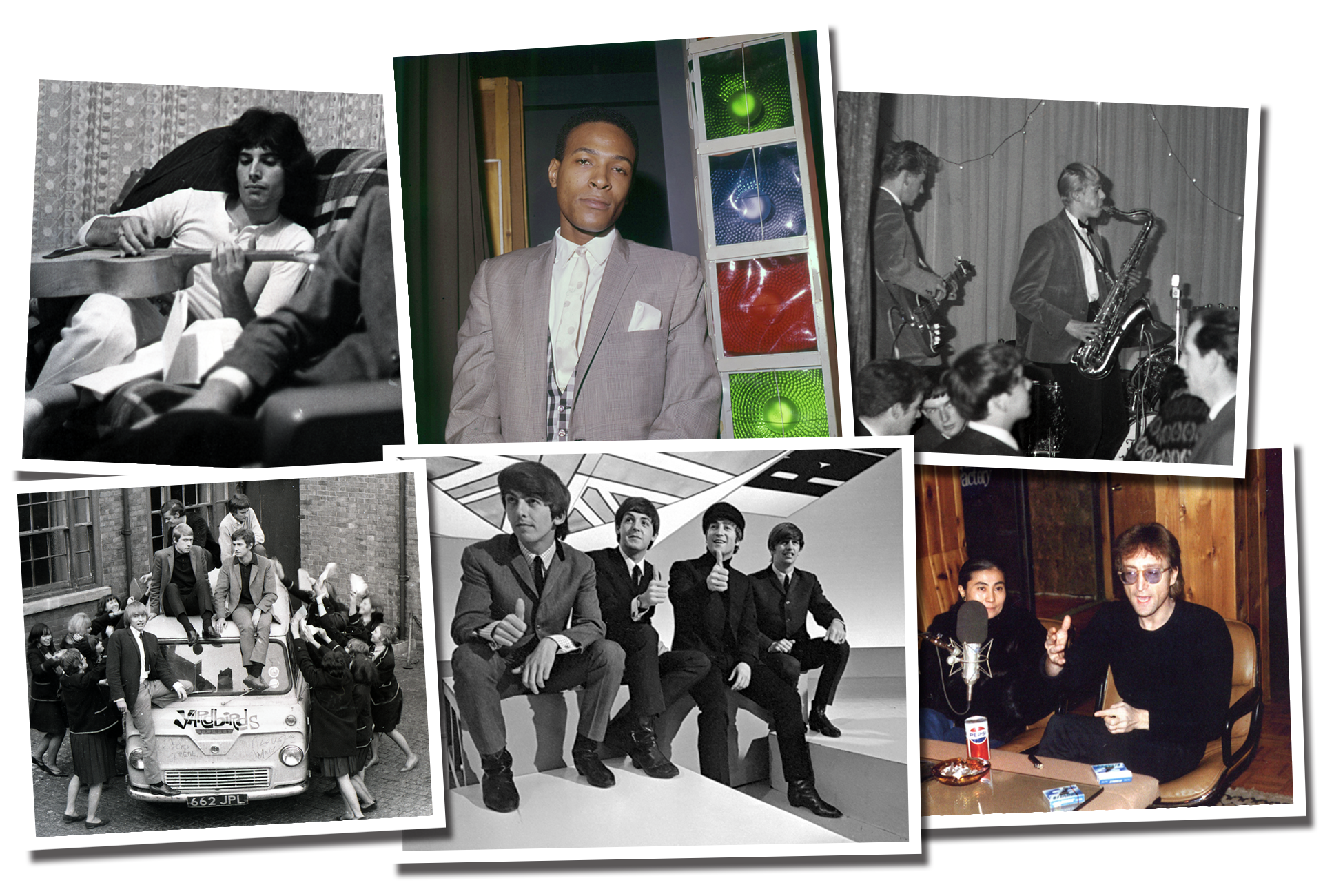