According to Chuck Krall, “Rock ‘n’ roll photography is all about access.” Backstage, onstage, side-stage, off-stage—anyplace a lens could be trained, aimed, and, with one click, a persona or experience encapsulated in a single image.

Krall was fortunate to have been a rock ‘n’ roll photographer in the 1970s, an era when that kind of access was still relatively easy to come by. Musicians needed publicity, he made himself available. “Somebody had to do it,” he shrugs. “So I had long hair and a beard, I had interesting-looking cameras, and people said ‘sure.’”

Gaining the trust of musicians, though, was not quite as simple as that. It required exceptional people skills, some of them instinctual, others acquired through hard-won life experience. Chuck’s personality and communication skills were such that he was able to put his subjects at ease and engage them. Whether it was an English rocker, a Motown superstar, a San Francisco hippie, a Trenchtown rasta, a country singer, or a street punk from Queens, Chuck was able to relate to them on their own level and get the access to snap the money shot.

Growing up in New York and New Jersey, Chuck got into jazz and rock ‘n’ roll at a young age, attending Murray the K’s legendary extravaganzas at the Brooklyn Fox Theatre, and on one occasion dancing on Dick Clark’s American Bandstand. After graduating from Quinnipiac University in Hamden Connecticut, he joined the Peace Corps and was posted to Jamaica, where he soaked up the culture, the music and the patois and where he met a very young Bob Marley. It was there that he first took up photography. After returning to the States he set about honing his technical skills and learning darkroom technique, studying under some of the great photographers of the 20th century at the Center of the Eye workshop in Aspen, Colorado.

“In August 1970 I left Aspen to move to San Francisco with my high school friend Lenny Kaye, who at the time was an established rock critic and later would become Patti Smith’s guitarist. It was Lenny who encouraged my work and helped me publish my first image (Grace Slick in Cavalier magazine.)” During Chuck’s time in San Francisco and from 1976 forward in Los Angeles he was always working as a freelance music photographer and captured some very unique images.

Access, personality, instinct, skill and training came together as one in Chuck’s work, which appeared throughout the seventies in publications such as Creem, Rock Scene, Hit Parader, Rolling Stone, Cavalier, New Musical Express, and Melody Maker, and in publicity photos for an array of artists and record companies. Much of Chuck’s work has remained unseen until now and we at Reelin’ In The Years Photo Archive are honored to offer his work for licensing and Fine Art. 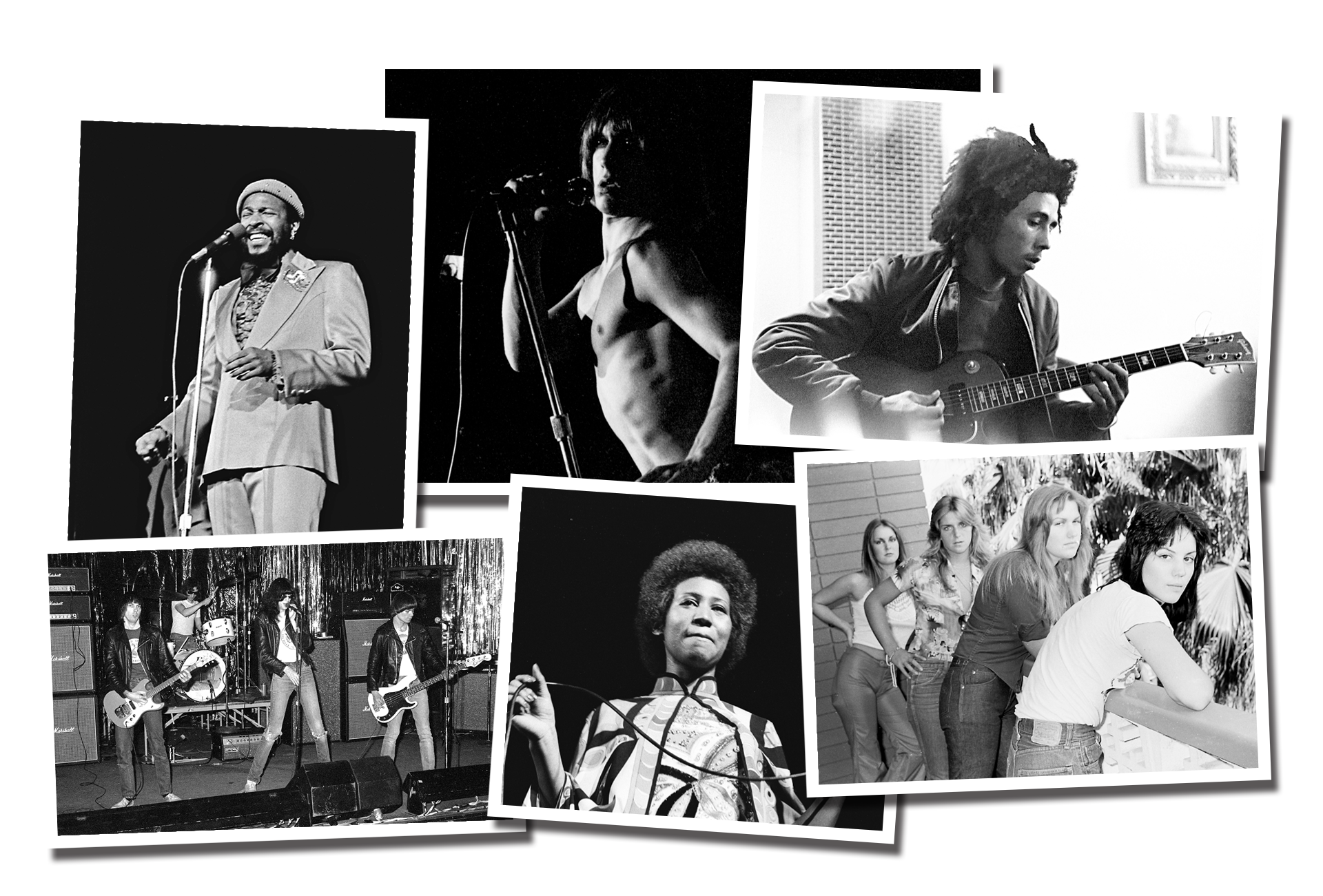